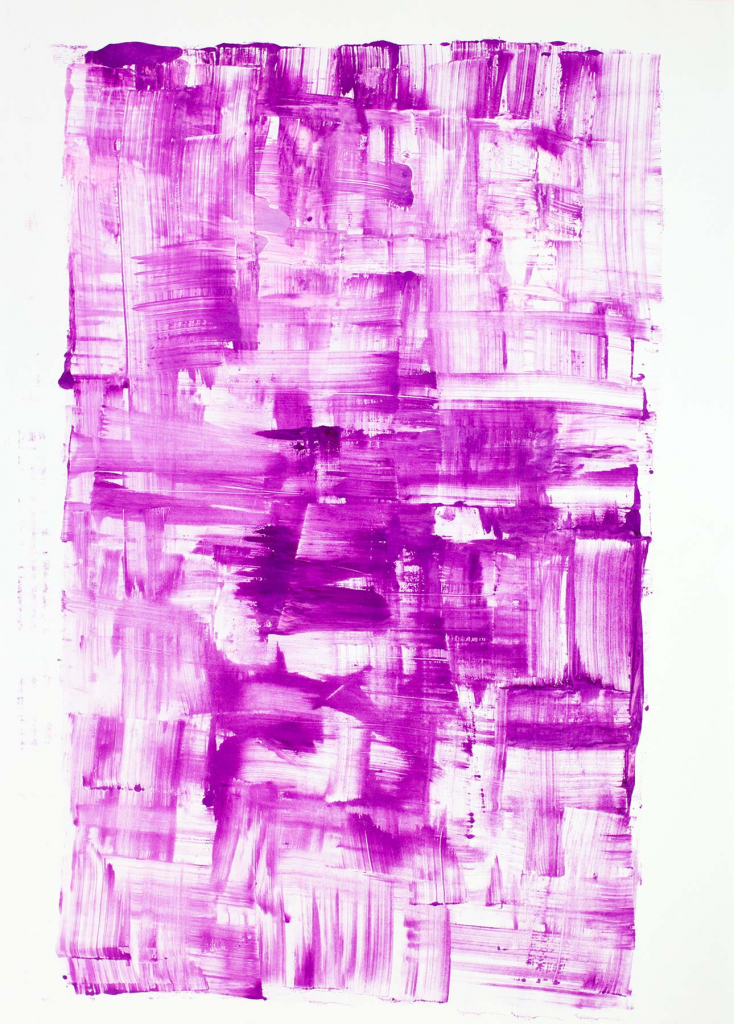 Right now we have a little extra focus on Jakob Ojanen here at ed. art. In our showroom on Hagagatan 14, the walls are filled with Ojanen’s monotypes. They will hang until mid-November. Welcome to pop by during our opening hours on Thursdays 12-18, or by appointment. There is usually someone around during the day!

Monotypes are prints that exist only in one copy, where the artist applies colour directly onto a completely untreated plate, then transfers the colour to the paper by running the paper and plate through a printing press.

Jakob Ojanen’s work revolves around the erased and painted over images that are everywhere in the public sphere. To create an abstract image, one might as well erase an already existing image, rather than building it from scratch. Ojanen collects these “non-images” from the public, treats them, paints them, and thus blurs not only the images themselves, but also the boundary between photography and painting. The efforts behind the monotypes are the same; colour is added to the plate and then partially dried off. What remains creates the image, when the plate and the paper is run through the press.